Per google, over 50% of automotive searches are now taking place on mobile.  This new format will now allow the user to not only view exterior along with interior images of the car, but users may also swipe into more information.  Such as, expected mileage, horsepower, colors, and so on.  This product can be used for local dealerships and will help to drive traffic to their websites and also allow for phone calls.

Earlier this year Google shocked customers when it started to allow for you to compare auto insurance.  The Beta that originally debuted in California is now being expanded to Texas, Illinois, and Pennsylvania.  These ads will not only allow you to review services offered, but also allow for local agent support. 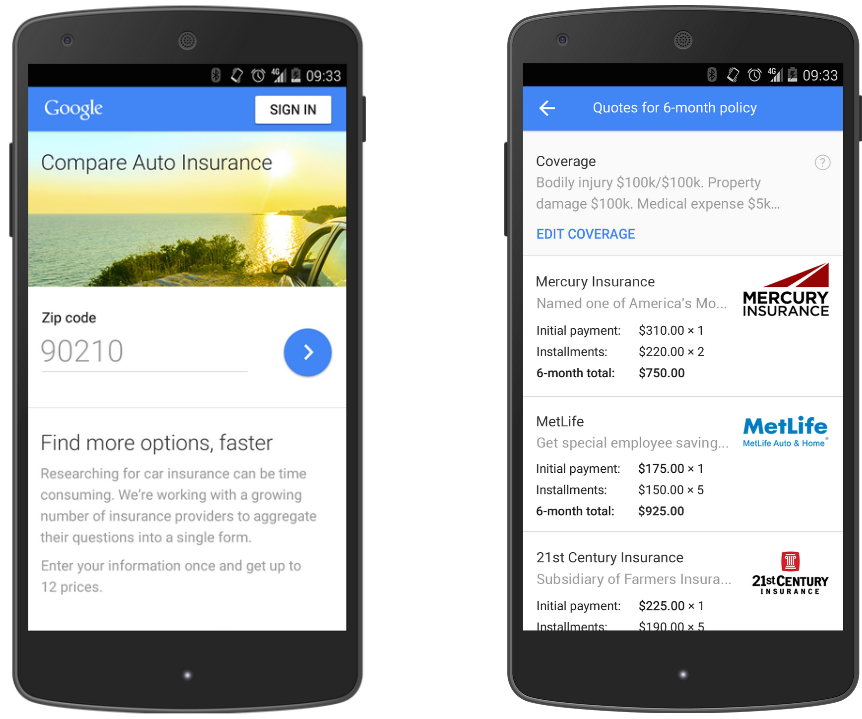 Google announced earlier this morning that is will be rolling out new features in regards to its Hotel Ad feature.  Hotel ads will now have more specific information when it comes to booking a room.  Hotels themselves will also be able to advertise in this service. 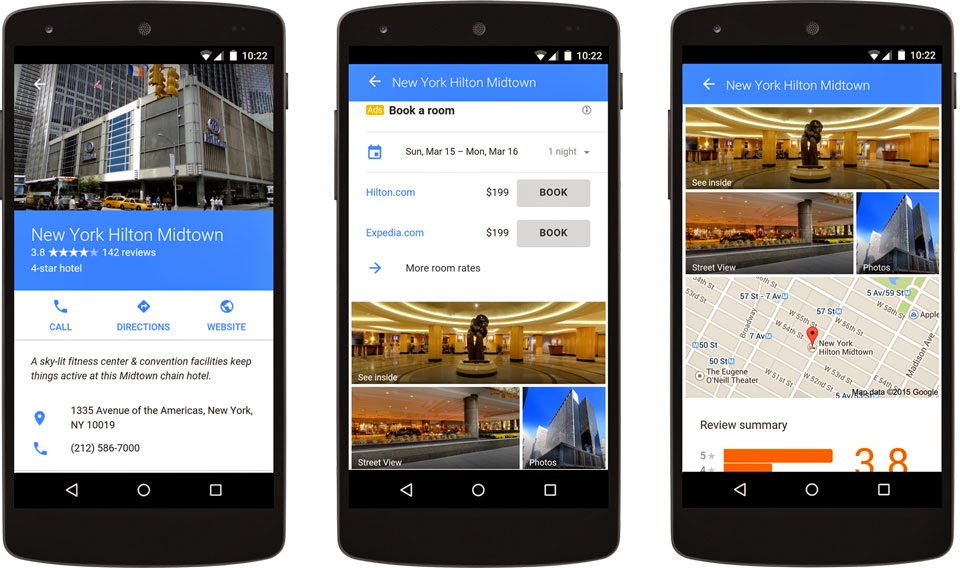